I attended Tech in Asia Singapore 2016 (TIAS 2016) yesterday. Although usually I have difficulty to focus in a hectic conference, at least I got some good takeaway for my future reference. 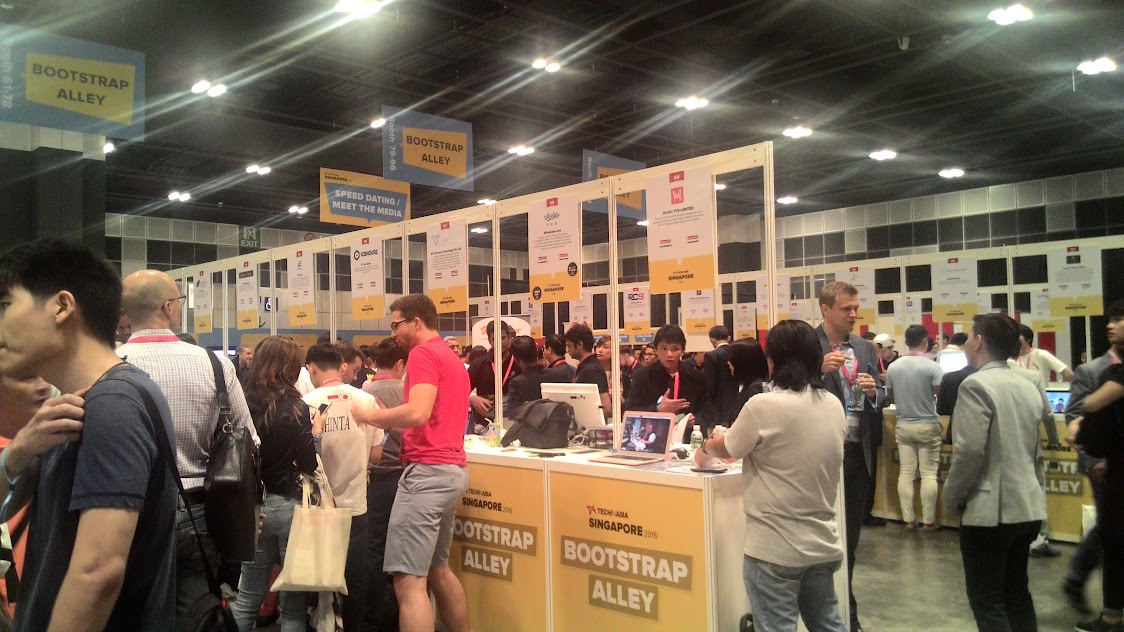 TIAS 2016 is held at Suntec Convention Center Singapore on 12-13 April 2016. There are 6 stages where speakers are doing their talk.

The first speaker in main stage is Takeshi Idezawa, the CEO of Line that talked about The Secret to Line's global footprint. This the first time for me to see live talk where the talk has to go through an interpreter. Because the moderator also speaks Japanese, several times he went immediately to next question after Takeshi gave answer in Japanese before waiting the interpreter translating the statement to English for the sake of the audiences. It was quite funny to see that. I couldn't remember too much key point from his talk other than Takeshi said sometime it is a need to kill product that doesn't work. 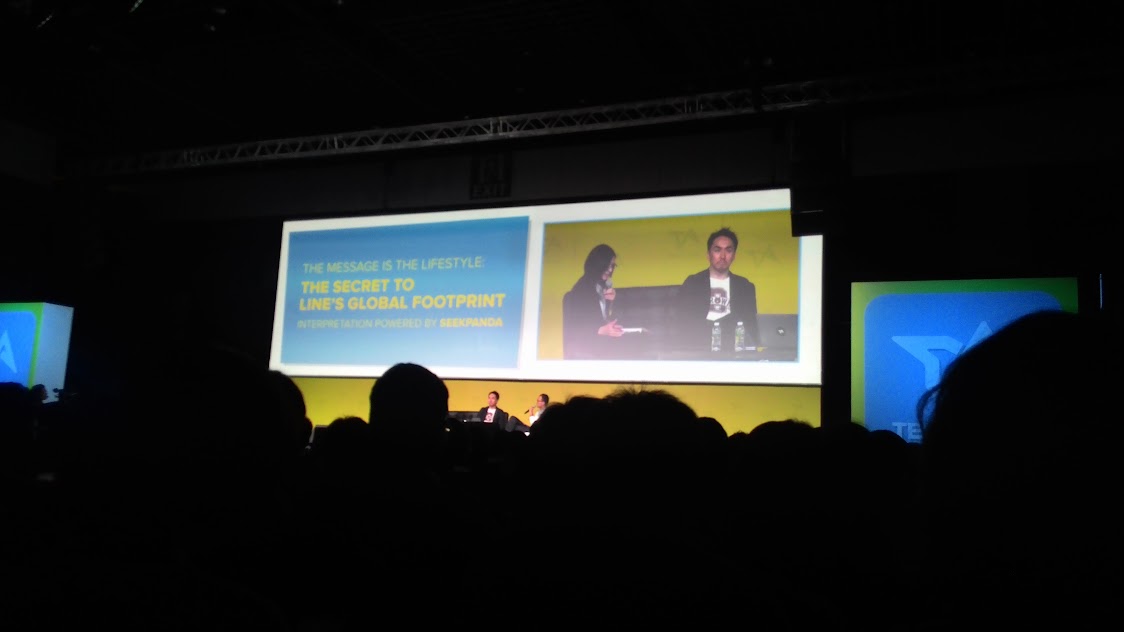 The second speaker in main stage is Danielle Levitas from App Annie, she presented about The State of App Economy. Some takeway from her presentation are, emerging market has very large potential and mobile web is the important channel where the potential should be really leveraged.

The next speaker still in main stage is Patrick Grove that talked about one of his latest venture, iFlix. Patrick Grove is Singapore-Australian serial entrepreneur that initiate many prominent startup such as iProperty, iCar and Ensogo. Some takeway from his talks are, again emphasising the potential of emerging market, he was also suggesting to be never afraid of competition, because market share in the world is still really big. This statement is in context of how is iFlix position against Netflix. Patrick also emphasised a lot about the potential business for smartphone. Smartphone is central of everything nowadays, he said.

After lunch, I went to Fintech stage and saw Fintech pitch battle. There are 6 startup that were doing 5 minutes pitch.

Recently I retried to read classical financial books such as Graham's Intelligent Investor and A Random Walk Down Wall Street. From there, I gained some extra interest to be more financial literate. Going to Fintech stage is one of the attempt to achieve the literacy. Seeing the pitch also stimulates a bit of my inner entrepreneur mind to find some idea that can help to solve some people problem. Could I create a startup some years from now? Is entrepreneurship only can be done with somebody that already has the DNA, born to be an entrepreneur? People always think to have their own business start tomorrow.

After seeing the pitch, I went to Developer stage seeing Octagon Studio presenting their virtual reality technology. If I don't remember it wrongly, I have met with one of Octagon Studio person 4 years a go in one of Toastmaster meeting when I still worked in Jakarta. At the meetup, the guy invited me to see if I am interested to join with the company that initiating VR business. However the talk didn't progress because I moved to Singapore. 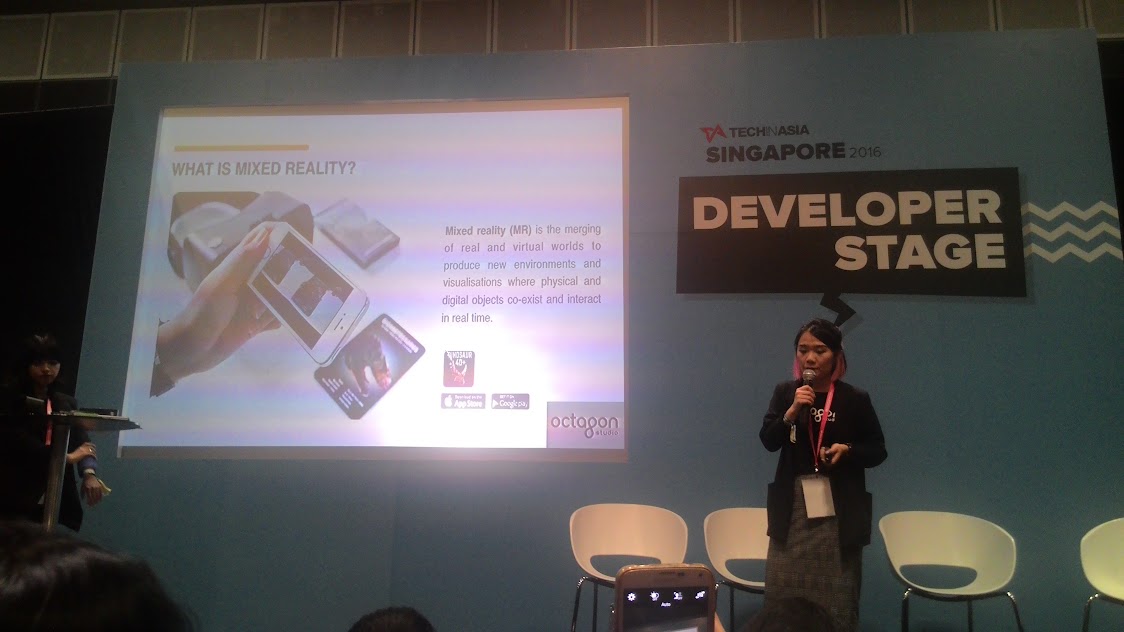 Although the talk were held in Developer stage, it was really a general high level talk than a specific technology for developer talk. However I really appreciate the way the host presenting their product seamlessly. As I can guess, in Q&A somebody are asking about Octagon Studio positioning against Oculus Rift that is answered if Octagon Studio is more affordable option compare to high end Oculus.

The next speaker in Developer talk is from Alibaba. He presented about how they are handling Big Data. Somehow, I couldn't focus during this talk so I got almost no key takeway. 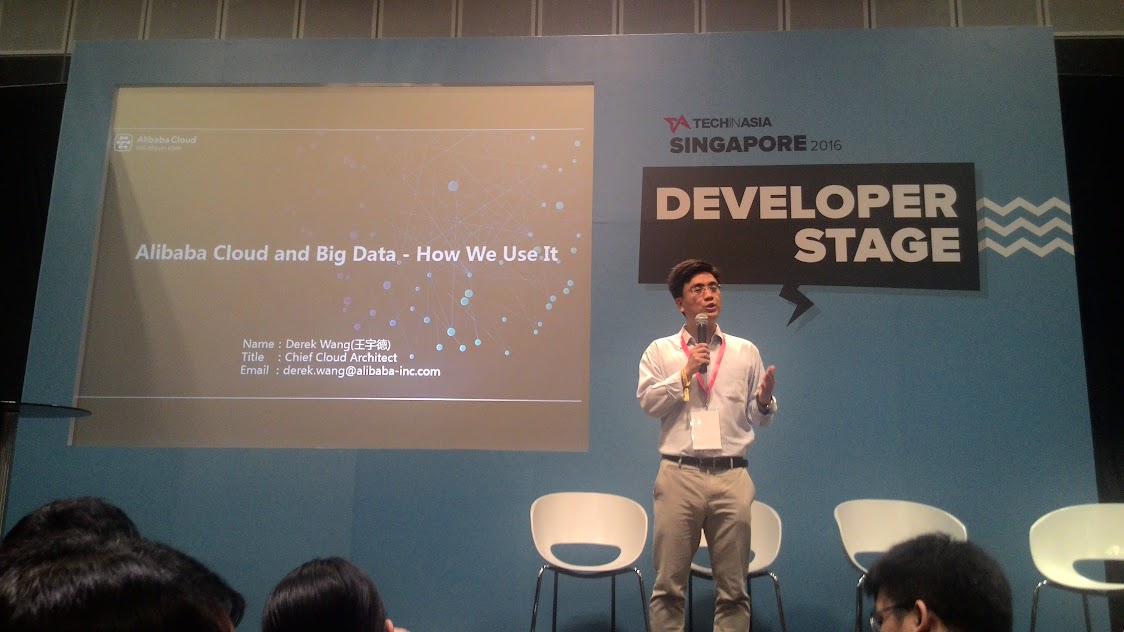 The last session I attended is again in Fintech stage. It is Stripe that shared their payment platform advantage. Unfortunately I am not learning something new from their presentation. At least I got a t-shirt. 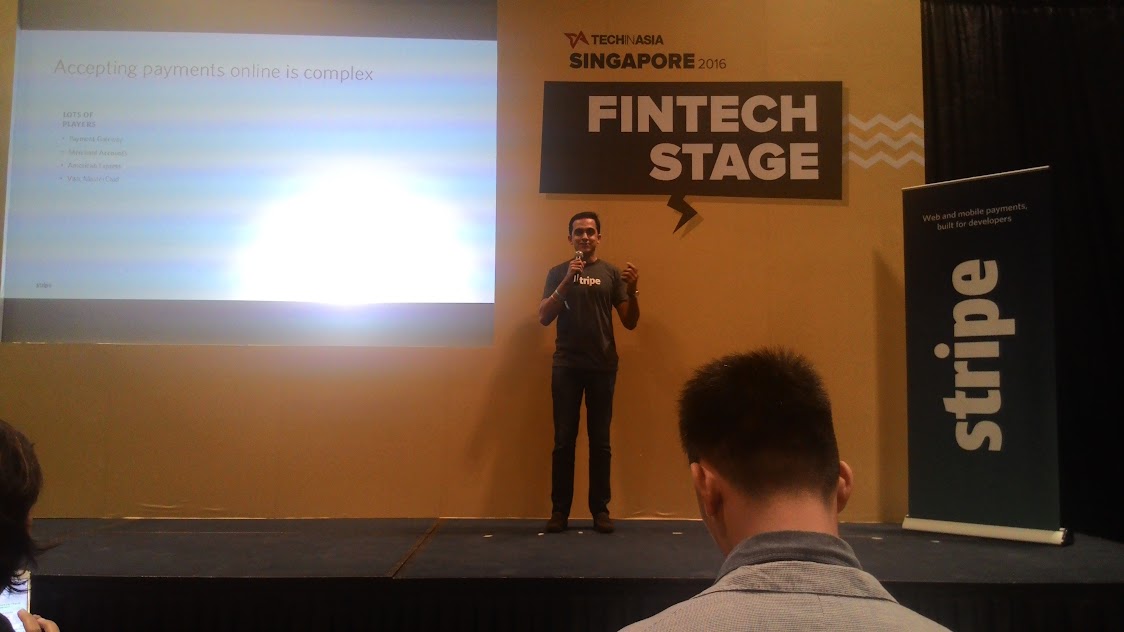 In general, TIAS 2016 is an event that is more dedicated for startup to show case their idea and to find an investor or maybe a cofounder. The presentation or talk part is just complement because I didn't see any notable or really great talk on the event. Unfortunately I couldn't attend the second day event so there will not be further takeway sharing for the second day event.

So far, I have never been using Python too much. However, I always want to understand it in and out for every day uses such as quick prototyping and complex scripting. Python is used a lot in some domain such as machine learning. Python has many libraries in different domains

This short post will share of how to enable MathJax in Ghost blog. MathJax is Javascript display engine to render mathematics equation. The equation is written using LaTex syntax. The only setup that we have to do is to load MathJax script in all pages of our blog. In Ghost